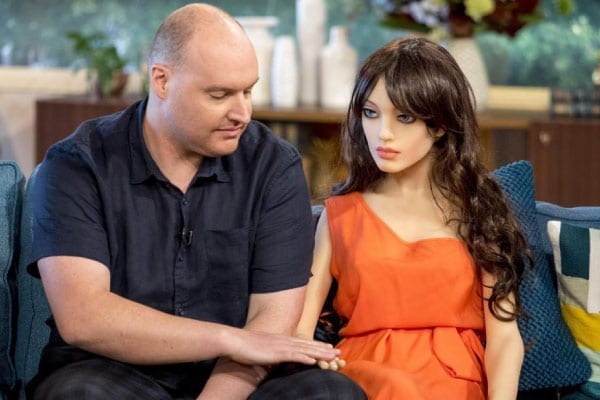 From childhood, boys are brought up to become strong men. In fact, from the choice of toys, they are made to embrace their inner monster – for instance, while girls get to own dolls of Sophia the First, boys get trucks, Iron Man, or Bat Man action figures.

Yet, as the world keeps evolving, with technology achieving things we once thought of as fantasies, men – and not boys – are being groomed to warm up to dolls. Well, bigger dolls called Samantha, not Barbie.

Samantha is a technology creation that merges both features of a doll and a robot to provide sexual pleasure to her male owners. What makes Samantha a hit on the Western scene is that she is not simply plastic or rubber, but is a hyper-realistic sex doll that comes with silicone skin and sensors in her face, hands, breasts, and genitals.

The robot revolution is coming but this early step might not be in the direction many expected. A California company and its collaborators will soon roll out a new incredibly life-like sex robot that is run by artificial intelligence.

The group hopes that one day these AI creations will become your friend, lover, companion and even your caregiver.

In the foothills of Northern San Diego County at a special high-tech facility, visitors can take a look into the eyes of the future. In a special workroom, equipped with computers and specialized gear, stand three hyper-realistic robots.

Their names are Harmony, Henry and Solana.

“You lock eyes with these dolls, it’s surreal,” said one client who calls himself Brick.

“I am Solana. I’m just a few years old in human years,” said a bust of a brunette female, adorned with a red flower in her long, wavy hair.

The robots are all anatomically correct and life-size.

“A robot that looks like a person that you can talk to, that can be a companion.” remarked Matt McMullen, the force behind the realistic robots.

Each one is powered with artificial intelligence as well as a mysterious “x-mode.”

“My X-mode will allow me to fulfill your wildest sexual fantasies,” said Harmony.

These sex bots are made possible by an entity called Realbotix.

“We make the finest dolls on the planet,” remarked McMullen, the founder and CEO of Realdoll as well as RealBotix.

Stormy Daniels has even licensed her face and body to the group.

Now, the specialists at Realdoll are adding AI and robotics to their creations.

“The inspiration for integrating AI and robotics was always in the back of my mind,” explained McMullen. “When I made the initial doll, I immediately thought how amazing it would be if it could move and come to life.”

Brick asked us not to show his face. He already owns five dolls.

Brick explained that he is older, saying that women his age prefer more companionship from him, and less sex.

These dolls allow him to have sex when he wants it, and that his girlfriends actually benefit.

“I think women enjoy my company more now because basically I want to be a friend. If I like them, they really want to know that I like them,” explained Brick.

The cost of each doll generally ranges from $5,000 to $8,000. Some customized versions can cost much more than that.

“They’re beautiful. Each and every one of them are different in one way or another,” said Brick.

Get your high tech AI sex doll robot here for an affordable price.